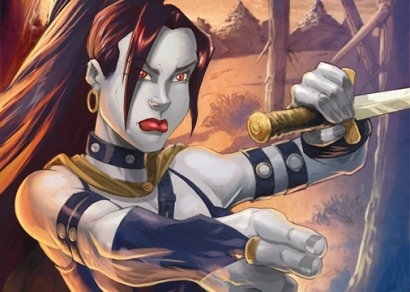 Born under the Black Sun, Ezra had a unique upbringing in life. Her parents were murdered when she was young and she was badly scarred on her body. Scars which she still conceals to this day. It was not until her brother Erik died that she began to heal and now she questions her role as a Child of the Black Sun. Normally Ezra is a rogue mercenary for hire, but she has just embarked on a quest that becomes a personal mission to exorcise the demons in her closet from a long time ago.