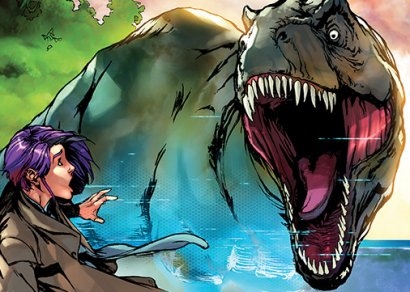 Michael Turner's classic action-adventure series re-emerges with a brand new era of mystery and magic! The world of magic and technology have finally collided! And, with it, a new cast of characters will rise. Cassidy, a young high school student with a very big secret, will discover that magic is not only real-but will change her life forever in ways she never could've imagined. Meanwhile, Miya, the ancient warrior from the earliest days of the Soulfire Universe, has returned with a vengeance-and both of their paths will be inextricably united! The first all new Soulfire series to make its debut since Michael Turner introduced you to his incredible magical adventure over 10 years ago, is ready to take you on the ride of your life and explore the world of Soulfire as you've never seen it before!