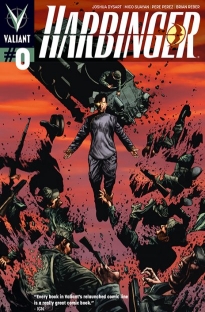 Rise to power! Toyo Harada, CEO of Harada Global Conglomerates and the most potent known psionic in the world, has a vision for the perfect future. A vision he will realize with or without the consent of the rest of humanity. In order to achieve it, he's built a private army of super-powered hyper-telekinetics within the Harbinger Foundation. But who was Harada before he became the world's most powerful man? And what are the origins of his vast ambitions? Don't miss those answers and more in this special standalone issue that will define the future of the Valiant Universe.