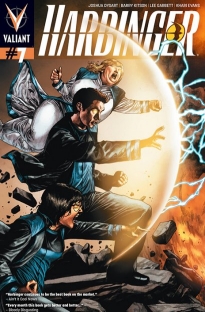 Charlene Dupre feels like she's been on fire since the day she was born. Too hot to handle, abused and misused, she's turned to a dead-end life on the sleazy side of the New Orleans streets. But when Peter and his strange band of teenagers with wondrous powers walk into the strip club where she works, Charlene discovers the heat that's been burning her up inside is the only thing that can set her free. Meanwhile, Project Rising Spirit closes in on Peter Stanchek, the most dangerous boy in the world. Vengeance, acceptance and fire. Meet the next member of the Harbinger Resistance as "Renegades" begins a brand new chapter!