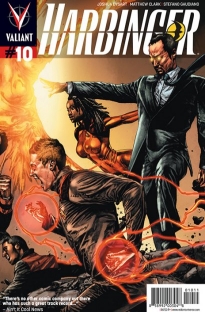 Lead or die. Peter Stanchek is about to face his toughest test yet. Trapped between the opposing forces of Toyo Harada's Eggbreakers and Project Rising Spirit, Peter Stanchek and his wayward band of renegade telekinetics are about to find themselves in a vicious, three way firefight. Can they put aside their fears and do battle as the team they'll need to be to survive? The Renegades are about to make their big debut and, when the smoke clears, the Valiant Universe is going to be a very different place.